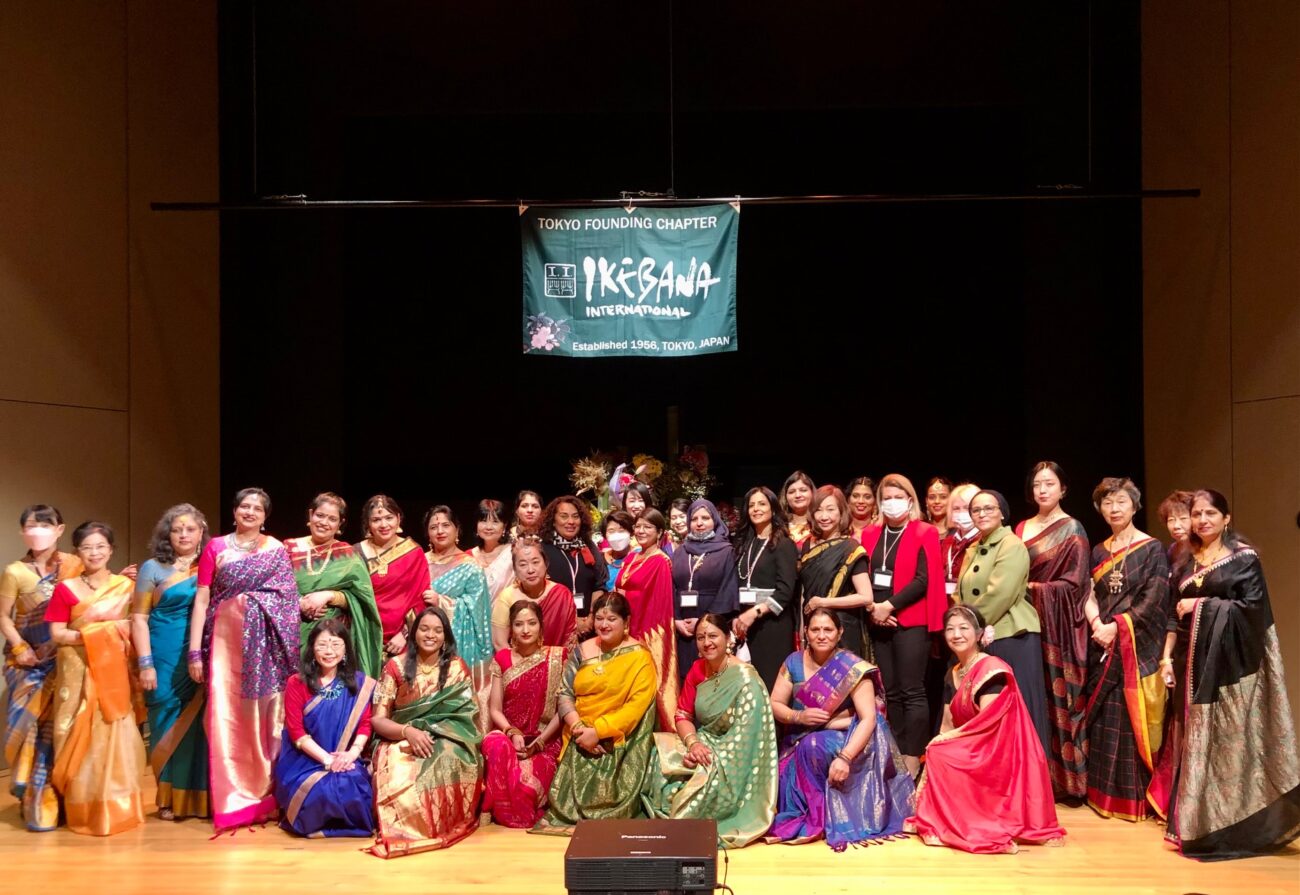 Ikebana International Tokyo Founding Chapter Special Program “The bond between India and Japan through flowers” was held at the embassy of India on Thursday, January 20th.

By the direction of Mme. Gunjan Verma, the spouse of ambassador of India, 26 sarees are shown at the fashion show with bouquets which were made by TFC members.  H.E. Ambassador of India, Mr. Sanjay Kumar Verma, Mme. Gunjan Verma, Mrs. Yuko Hayashi, the spouse of minister of foreign affairs, Junko Katano, the president of Tokyo Founding Chapter gave speeches.

We celebrated the confluence of Japanese and Indian tradition through Ikebana and Saree.