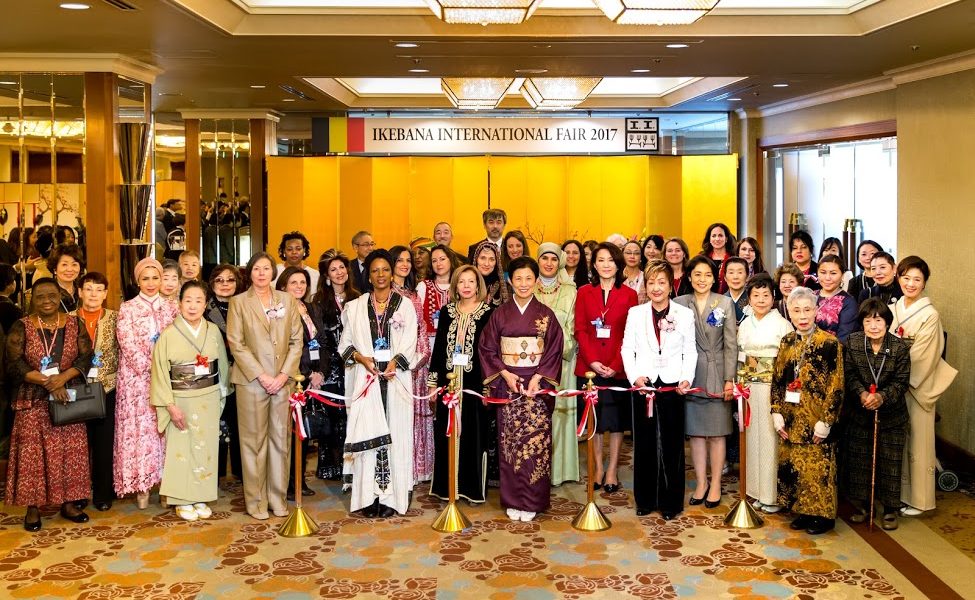 The annual Ikebana International Fair was held on Monday, December 4, 2017 at Royal Park Hotel (Nihonbashi), under the auspices of Fair Chairperson Madam Rahel Zewdie Sleeuwagen, wife of the ambassador of Belgium. A main feature was 37 ikebana arrangements by ikebana iemotos. The Royal Hall was filled with participants and guests from all over Japan visiting and enjoying international booths of 24 embassies, and booths of domestic chapters and Tokyo Founding Chapter as well as participating shops.
This year, we introduced a special entertainment, World Tea/Coffee Ceremonies featuring Arabian Coffee, Ethiopian Coffee, and Japanese Tea, and there was a European style table setting presentation and a traditional Kimono Dressing show of Japanese bridal costume and Juni-hitoe (twelve-layered ceremonial kimono). The entertainment was a piano concert by Ms. Ayako Morita and Ethiopian dancing by the Moka Ethiopia dance group.
At the Ikebana International New Year Luncheon on January 18, 2018 hosted by Ikebana International Headquarters, the proceeds from the international booths and international table were donated to people affected by the heavy rain disaster in northern Kyushu in July 2017, the donation accepted by Mr. Hiroshi Ogawa, governor of Fukuoka Prefecture, who attended the donation ceremony. 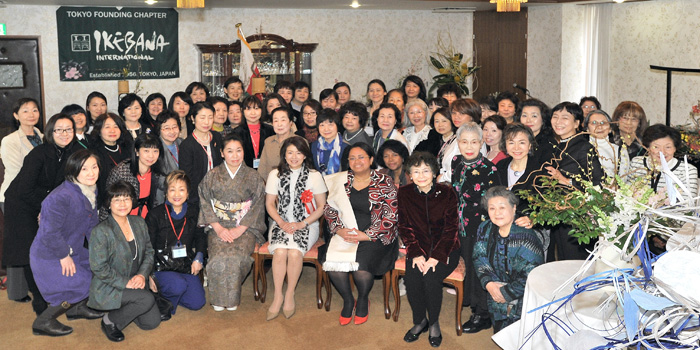 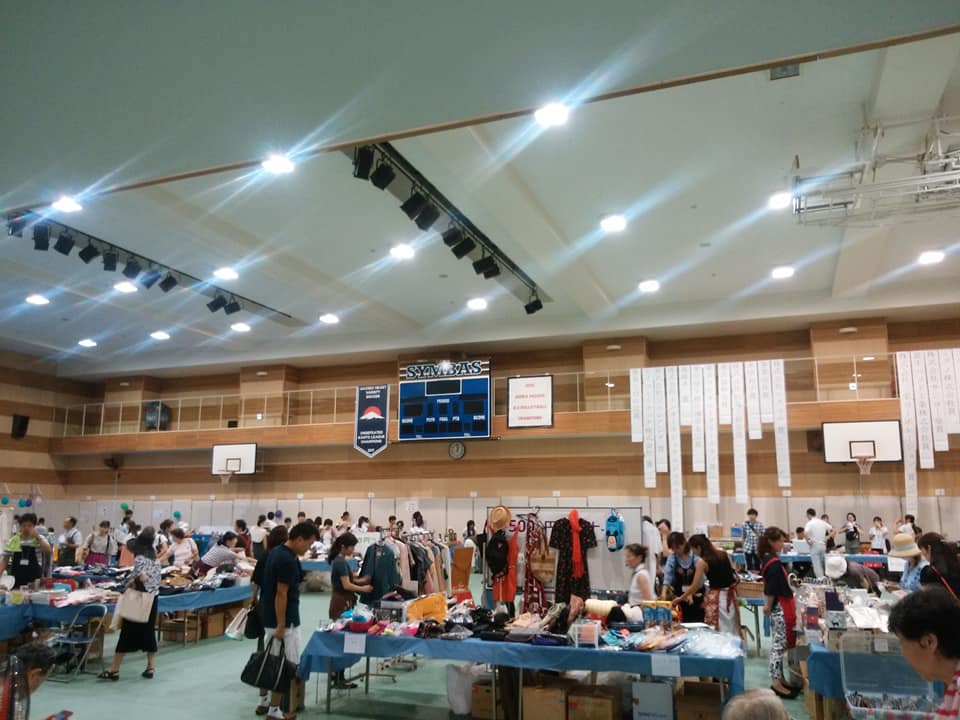 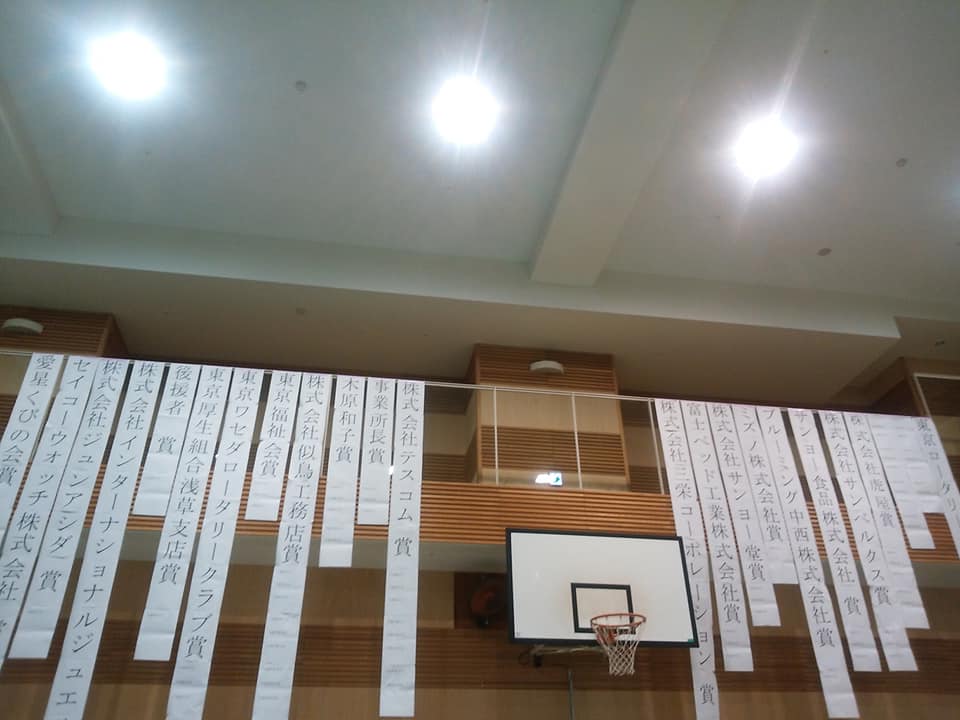