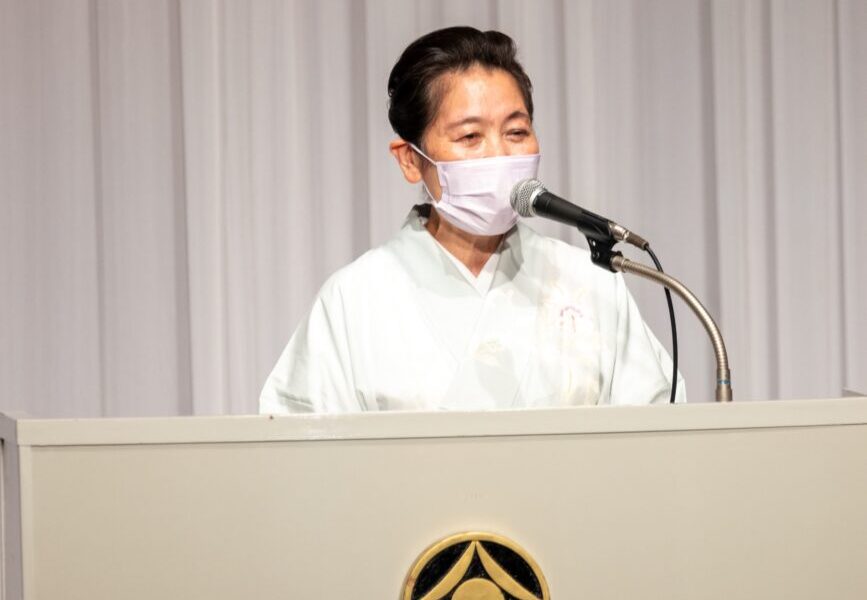 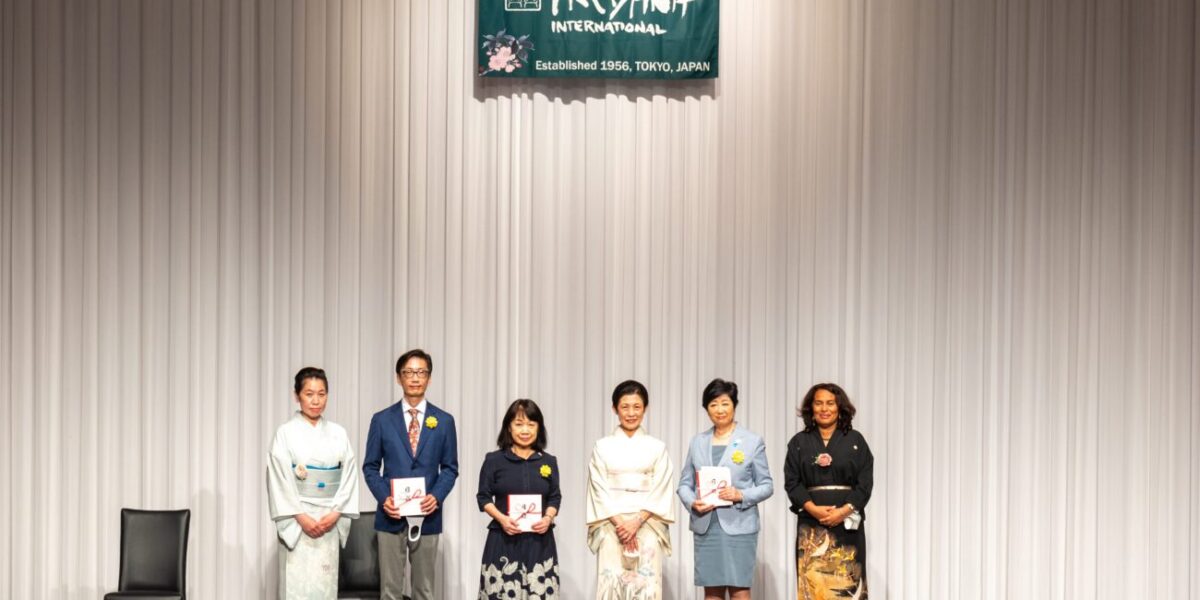 The donation ceremony was held on Thursday, June 2nd at Hotel New Otani, Fuyo no Ma with the presence of H.I.H. Princess Takamado, the Governor of Tokyo Metropolitan, Ms. Yuriko Koike, the spouse of the Prime Minister, Mrs. Yuko Kishida, His excellency, spouses of ambassadors and TFC members and friends.

Mrs. Maria de Fatima Xavier, the spouse of Ambassador of Angola and the Chairperson of Ikebana International Fair 2021, handed the catalog of the donation to the Governor of Tokyo Metropolitan as the donation for the Bureau of Social Welfare and Public Health Agency of Tokyo Metropolitan Government and the Chairperson of NPO Japan Kodomo-Shokudo Support Center “MUSUBIE” which supports the meals for children.

Following that, Ikebana Demonstration was given by Ms. Senko Ikenobo, the Headmaster Designate of Ikenobo.  The works with the theme “Wishing Peace in the world” were full of dignity and beauty and gave us hope for tomorrow.

On Wednesday, May 18th, Ikebana Demonstration was given by Mr. Naohiro Kasuya, Headmaster of Ichiyo School of Ikebana at The International House of Japan Iwasaki Koyata Memorial Hall.

The theme is “Arranging the wind of early summer” and he showed the dynamic and splendid works connecting the inside and outside of the venue.