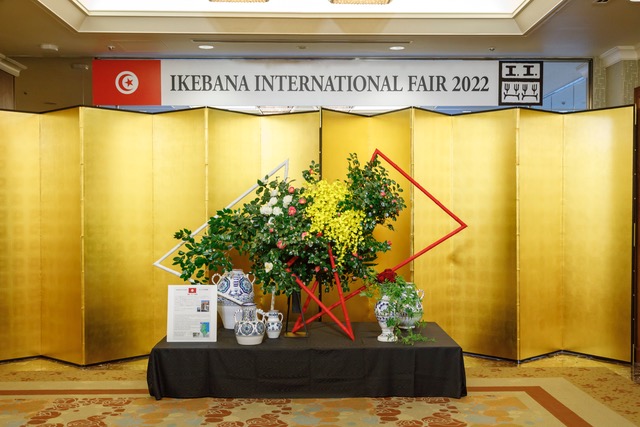 With the presence of Ikebana International Honorary President, Her Imperial Highness Princess Takamado, Ms. Yuriko Koike, the Governor of Tokyo, Ms. Yuko Hayashi, the spouse of the Minister of Foreign Affairs, Ambassadors, spouses of Ambassadors, and iemotos attended the opening ceremony.  This time, the wife of the Tunisian Ambassador, Ms. Houda Kallel Elloumi, took on the role of the Fair Chairperson.

The exhibition of ikebana by 32 ikebana iemotos and a bazaar with the cooperation of 50 embassies were held.  The proceeds from the embassy bazaar will be donated to the areas affected by natural disasters in Japan.

In addition, for the first time in three years, entertainment and raffle were resumed on stage.

We would like to express our heartfelt gratitude to the companies, embassies, ikebana schools, and members for having provided us with many attractive raffle prizes, including an accommodation voucher for two in Okinawa (with air tickets).

This fair was a good opportunity to spread the beauty of Ikebana to the world as well as to know the culture of each country through the bazaar supported by the embassies. 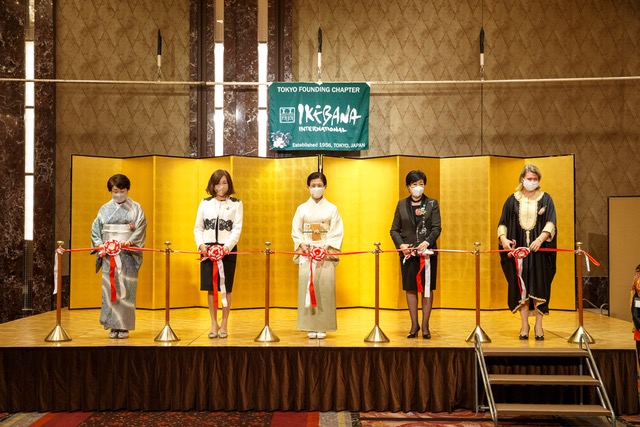 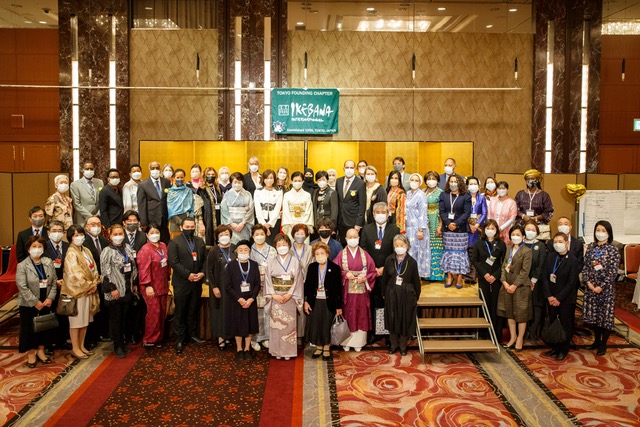 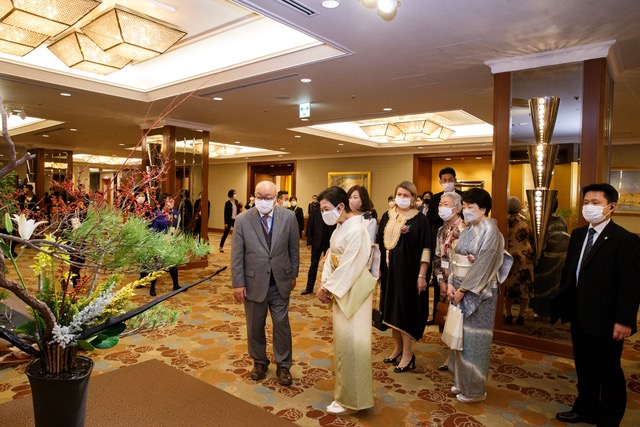 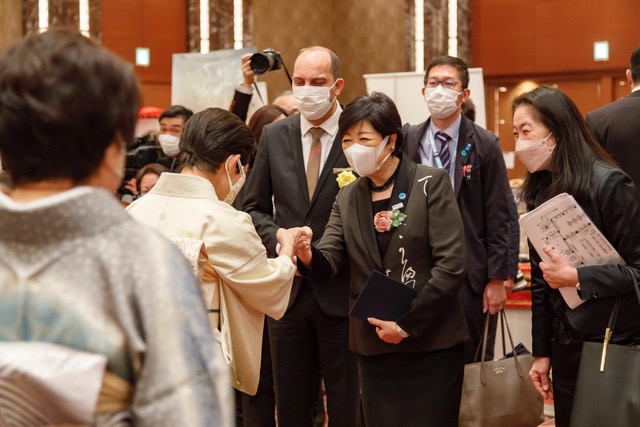 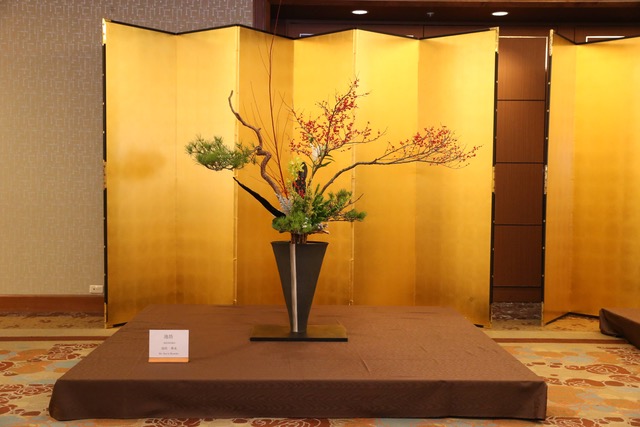 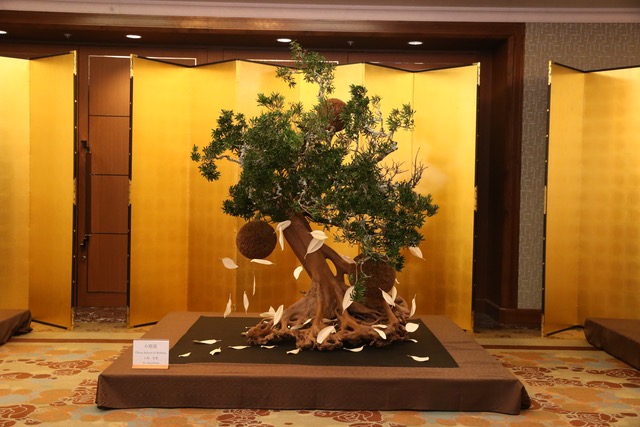 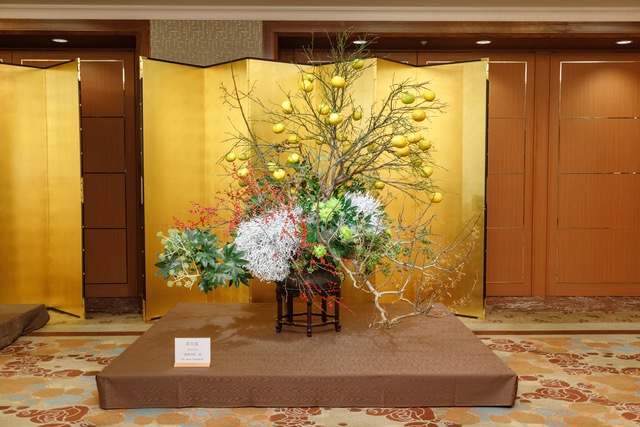 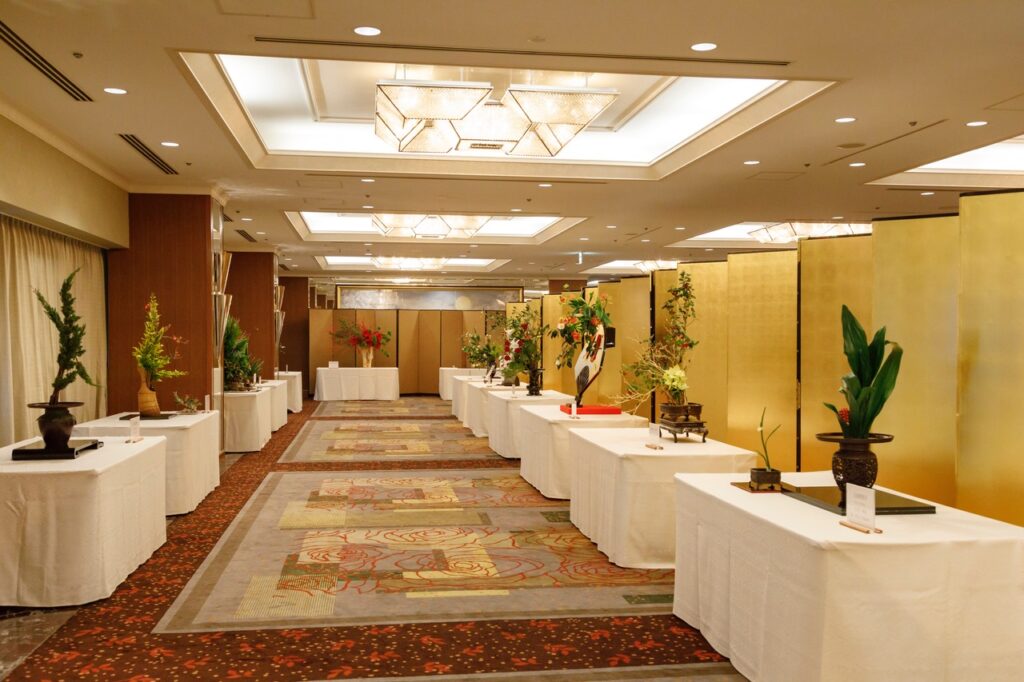 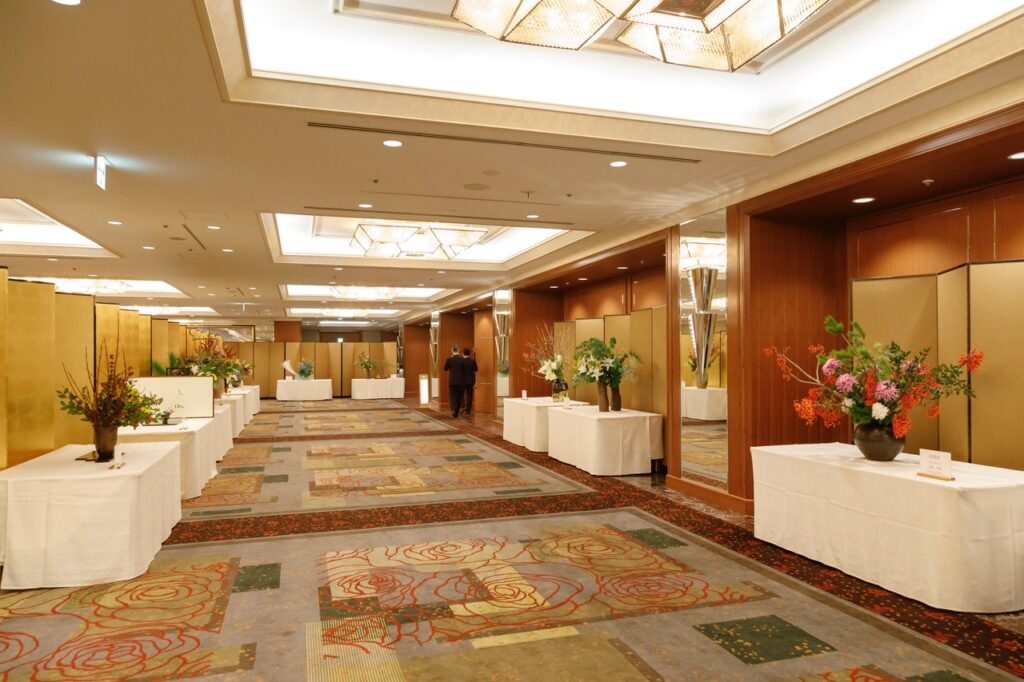